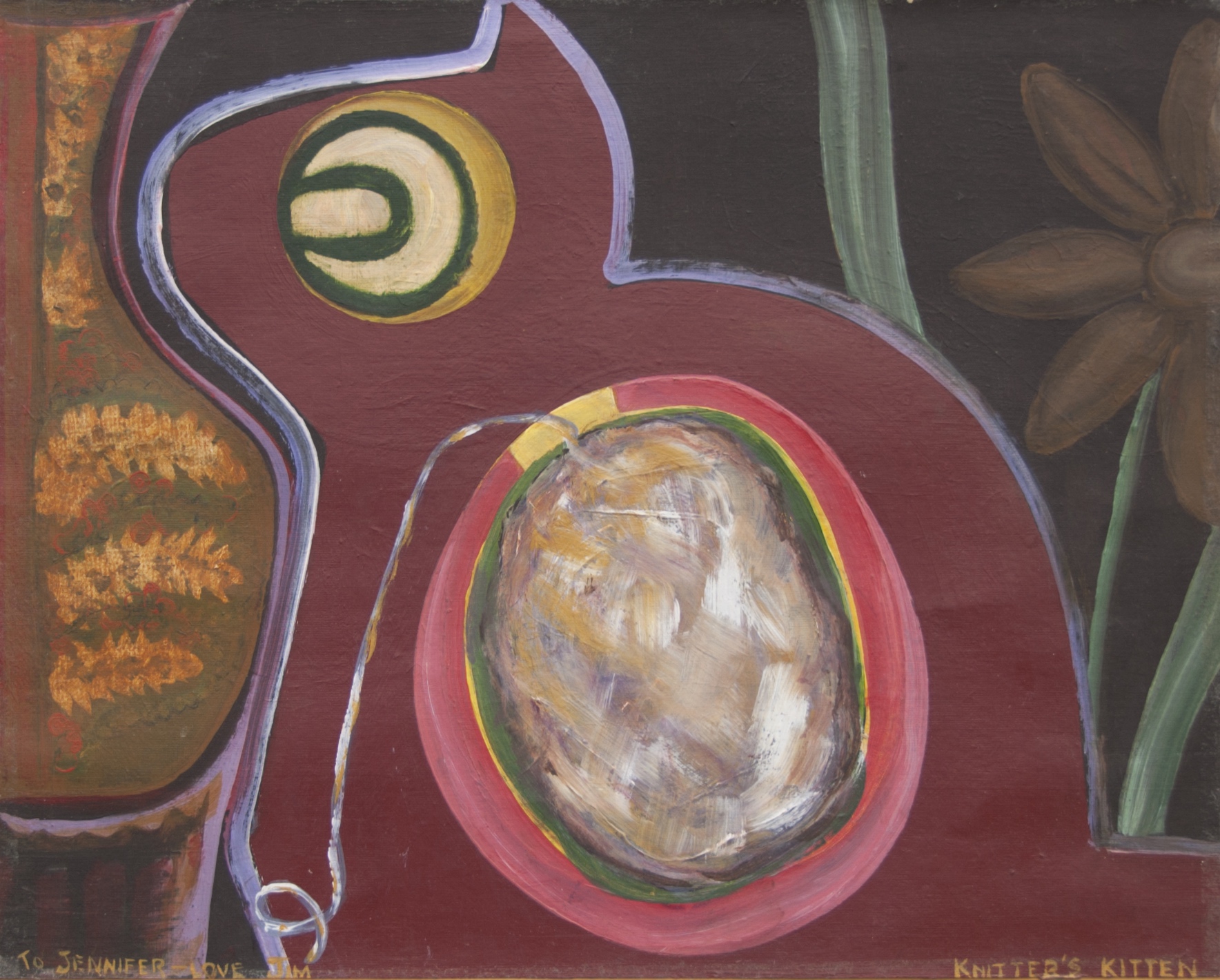 The wool holder reflects the skills generated out of the British wool trade and the fame of Scottish knitters. One was Margaret. She had contracted to provide two shawls on complicated patterns typically used for shawls swaddling babies. One shawl was white, one black. These would be exchanged for two large hipped women sculpts by Gail, a friend. When Gail died, the shawls were given back to Margaret by Gail’s brother. That they were extensively used by Gail was a reminder of her use of them as a natural part of her life and the friendship of the two women exchanging art. Remarkable to me as an observer of the shawls being made was the care shown in making them; flawless. No doubt, the clay sculpts were of the same care given by the two women in what each provided to the other.