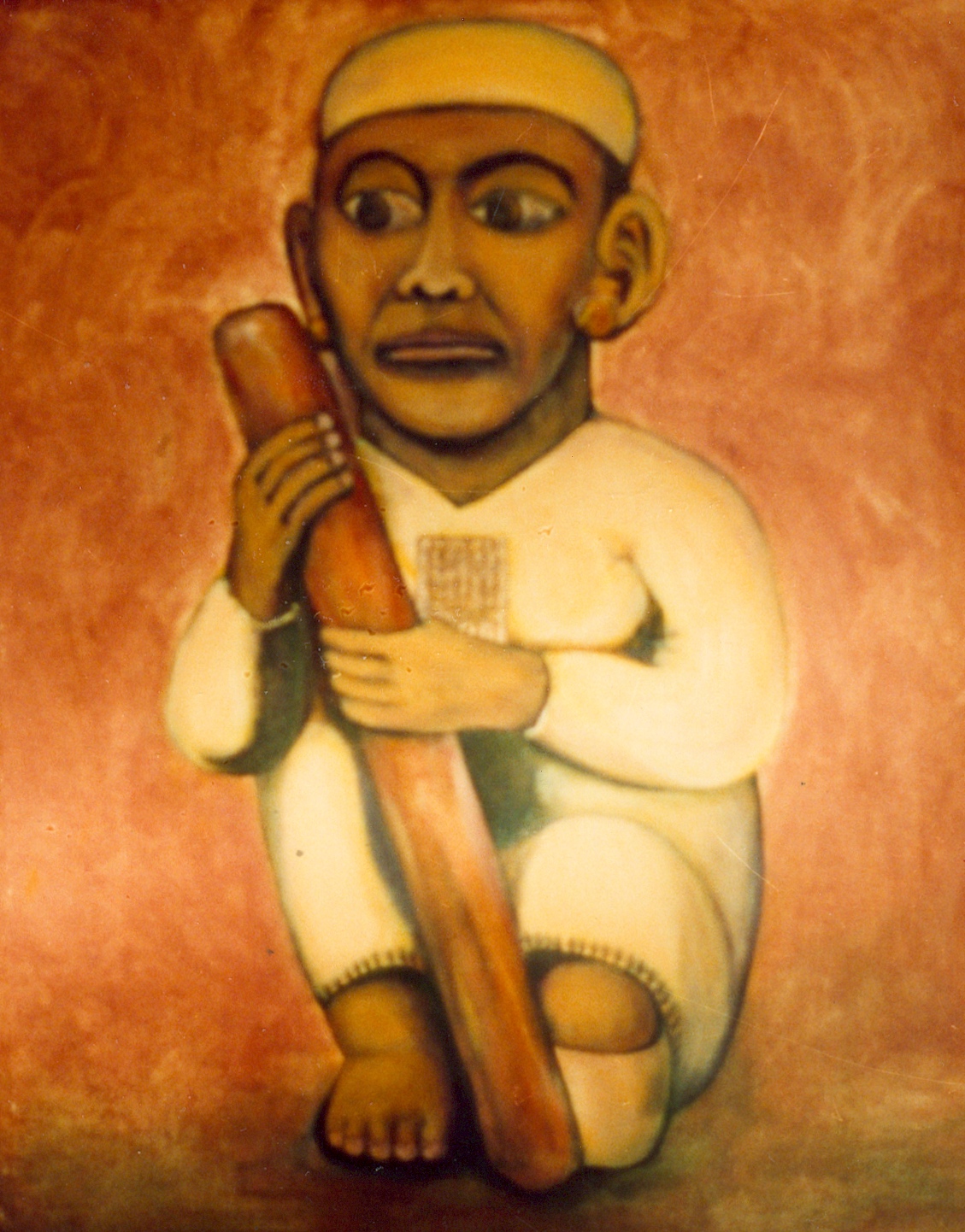 Amputee Man was shown in a different form in a coffee book. My interest in it hinged on the amputee in the illustration. When South American Indians were perfect, they could be sacrificed to the gods. Some gained protection from that by mutilations. In a normal situation as I had experienced with amputees I had dealt with professionally, the eyes sometimes seemed blank if there had been doubts about it. For that reason, I gave the image blank eyes. The source of the underlying image was a photograph of a Peruvian cup.

The image was used for the cover page of a manual I had prepared. To use existing art is legitimate when treated as an inspiration for artistic extensions rather than as goods for sale. The meaning is adjusted to changed circumstances. I had used Amputee Man to illustrate a state in a comprehensive publication on lower limb prosthetic management, my field of knowledge, distributed free.