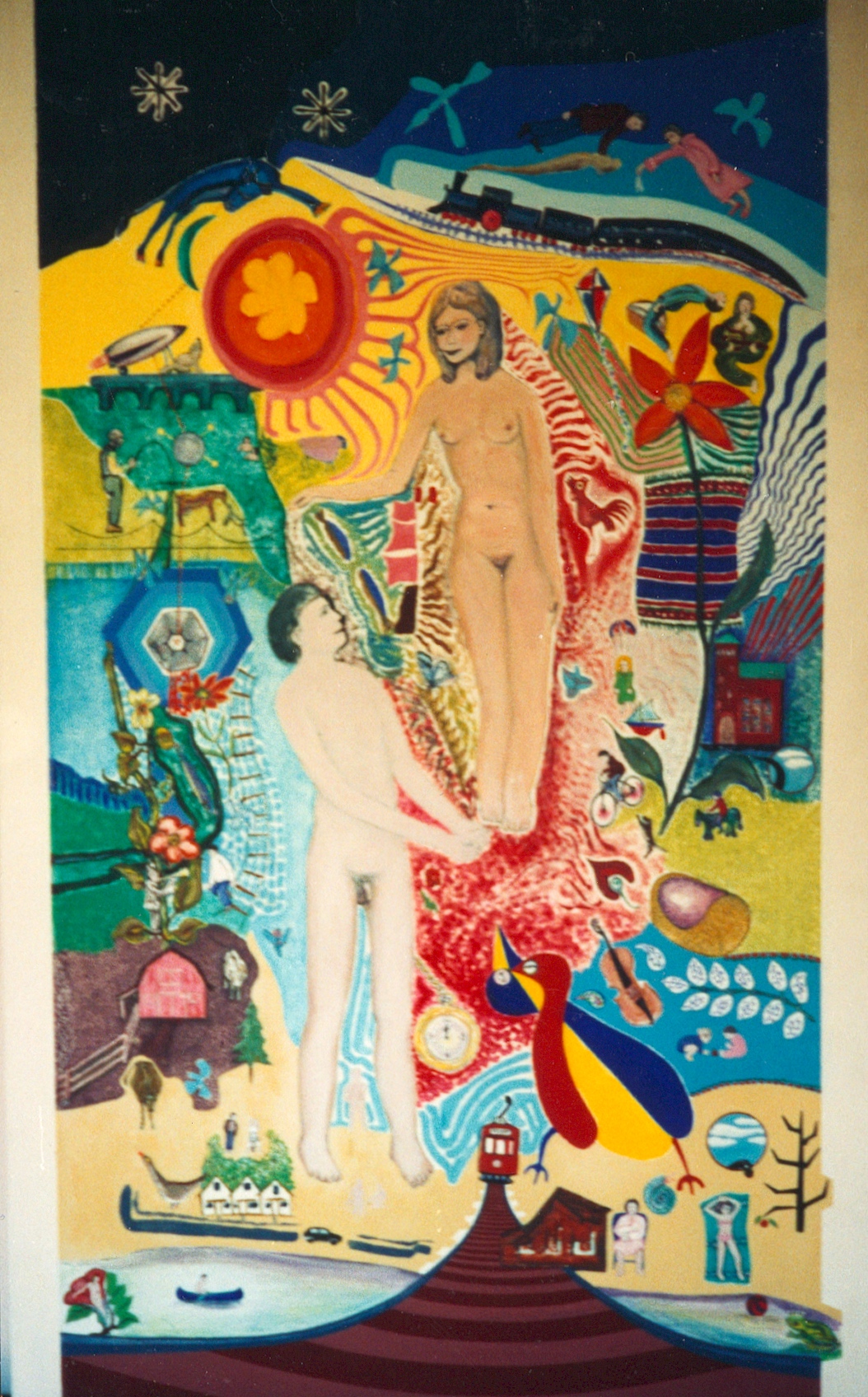 A Medley of Possibilities

Start at the bottom of the painting. A tram moves toward you — Time. A river runs under the tram. A boy dreams of female companionship as he paddles his canoe; single-minded. To his left is a woman cradled in a flower. Near a house to the right of the track is a woman with a child in arms. Next right a teenager sunbathes dreaming of prospects. To the right, symbols of the fall of humans — apple, a snake coming out of the circular, red rimmed hole. Brooding over this is a bird copied from a Miro painting. Right of the bird, two children play. A sprig of a sacred bush shields them. A young eligible woman fills the center. To the right as she would see it, she reaches for the man. Between them, salmon approach each other for mating. A red rooster sounds a warning. Above the woman is a train running on time. Further left, the cow jumps over the moon. Towards the woman, is the sun with a flower in it. A rocket is ready for launching. A signal system is in support. Under the rocket is a farm. Below the signal system are various decorations too small for my eyes to read. Over the assembly, a man and woman of maturity close the scene; reality inferred.