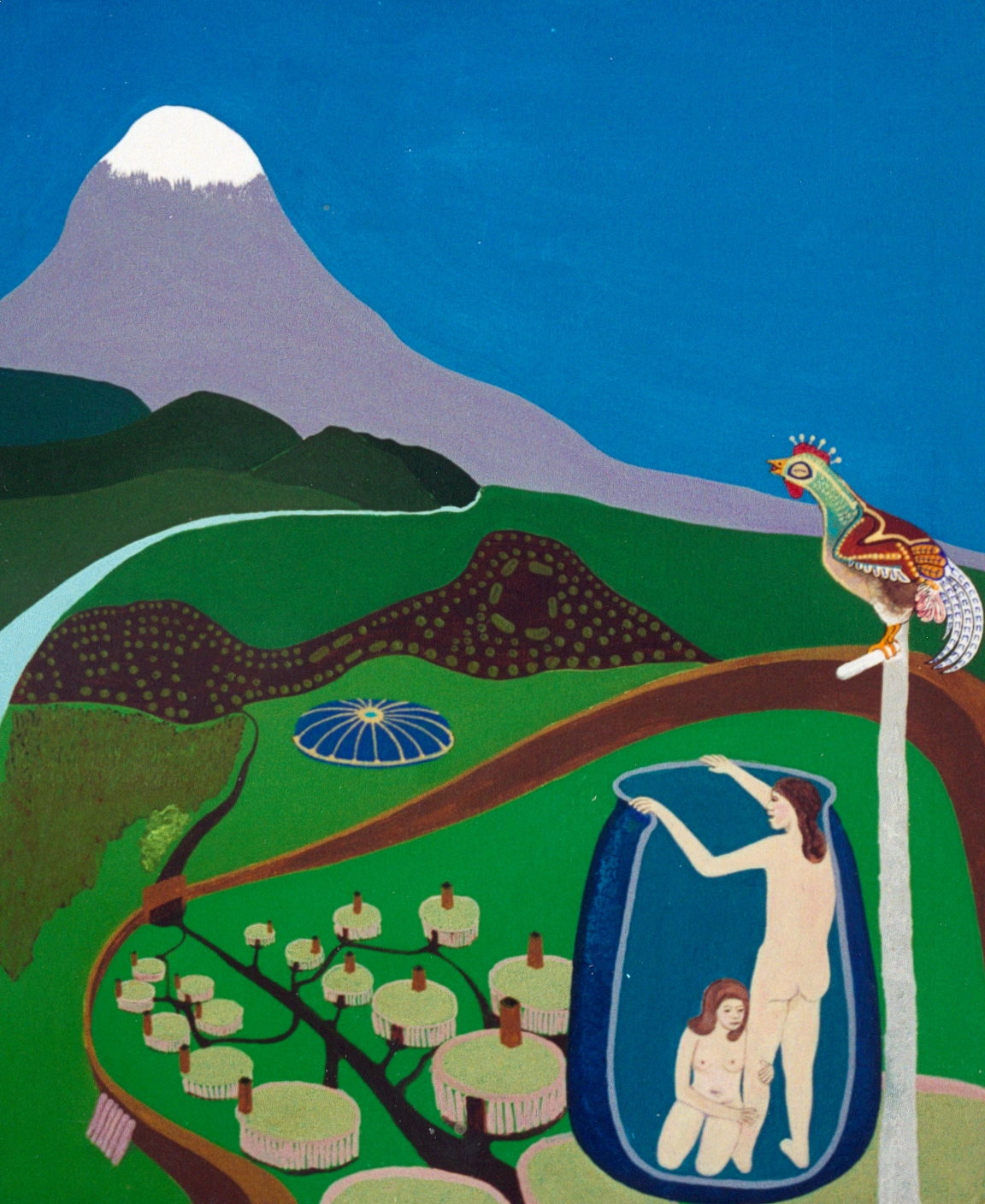 In the story BETWEEN SIX BOARDS AND THE MOUNTAIN, Ahm and Zoe, Zoe standing, see the Flower Machine, the blue and gold object near the center of the painting. The children are shown in the cutaway section of the rooster’s grain bin. The rooster sits on its perch behind and in the foreground as they make the astounding observation. The idea contained in the picture is that a super sophisticated super advanced society exists in secret on one side of the world and a primitive one on the opposite side, unaware of the existence of the sophisticates. That can be imagined as how conditions were for First Nations People when the Europeans first came to the Americas. To the left, small dwellings define the children’s village. The mountain represents an original place from which they had come — perhaps seen as sacred and to which they might come again. The wall surrounding the village, defines their status and future prospects. They are the slaves of a primitive Master, unbeknown to them. So unfolds the story.

Other paintings for the story will be shown elsewhere in this presentation, raising the probability that, as art gives rise to myths, myths give rise to art — as abundantly shown in Christian and other accounts taken to be authentic experiences by those holding the views, and as others see as art.