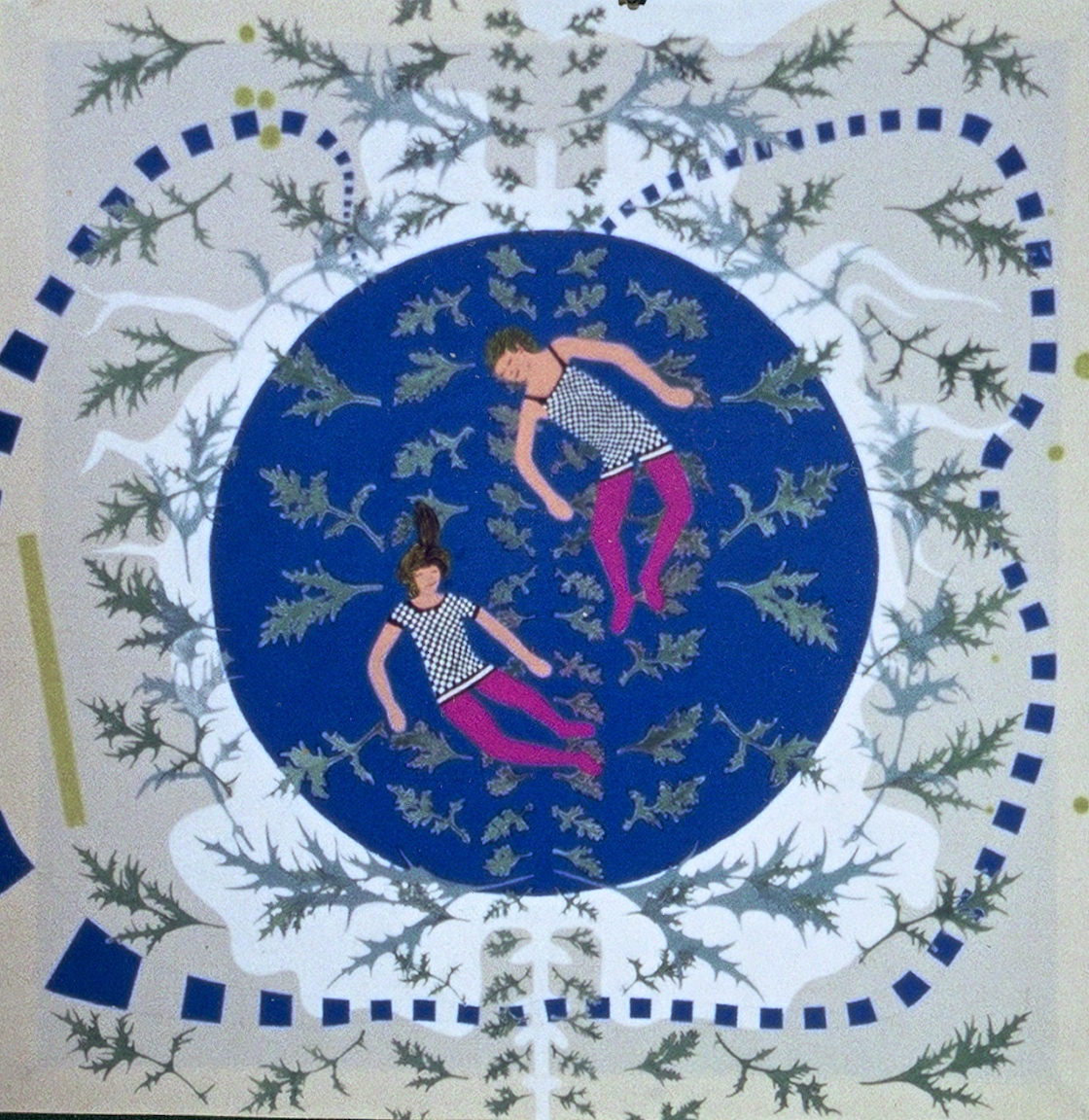 Two figures revolving around each other on a common axis represent harmony felt; each using each other and neither demanding anything. The circle is harmonic to me, but there are many other forms that could convey symbiosis between the pair. The idea “together” is in the use of common clothes and gestures. The dark squares outside the circle represent the distractions that arise, going off the canvas as an example. The return of squares on the upper left and convergent on the upper right show potential harmony in the relationship between the pair. The gender difference shown illustrates a common form of pairing. Any combination would suit.

Surrounding the circle are dried leaf Xerox prints of various sizes and random shapes. The leaves of a common plant in the vegetable garden were used. The porous network produced by them suggests a degree of transparency in the core idea represented; no axe to grind at another’s cost.