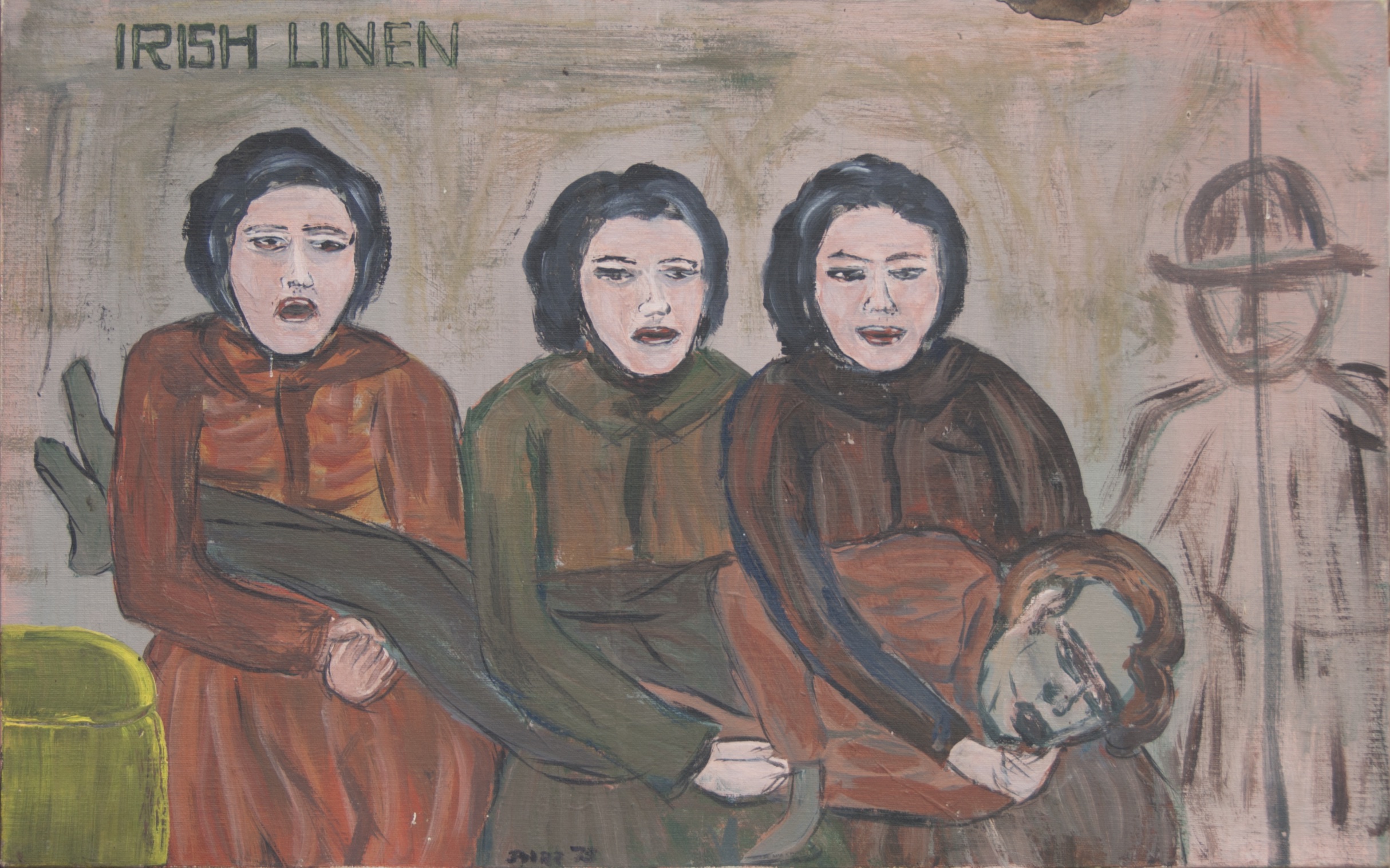 British people have a passion for dishtowels with pictures of memorable events recorded on them. The title of the picture characterizes the struggle of the Irish people to be free to rule themselves. The sentiment wasn’t universal. The Northeast section of the Island had both religions while the rest of the country was dominantly Catholic. The Protestants wanted to stay British. The fight over it lasted until there was no fight left in anyone. Irish Linen shows the worst of it as the last gasps of bad feelings over results were subsiding. Three women do, as women often do, administer the rites that settled it between the two northern factions.

The picture was painted during one of the flair ups, an example of how art can force a record of things happening. How to make such events have value through art depends on residual feeling, which can last forever to serve as a record and a warning of value.