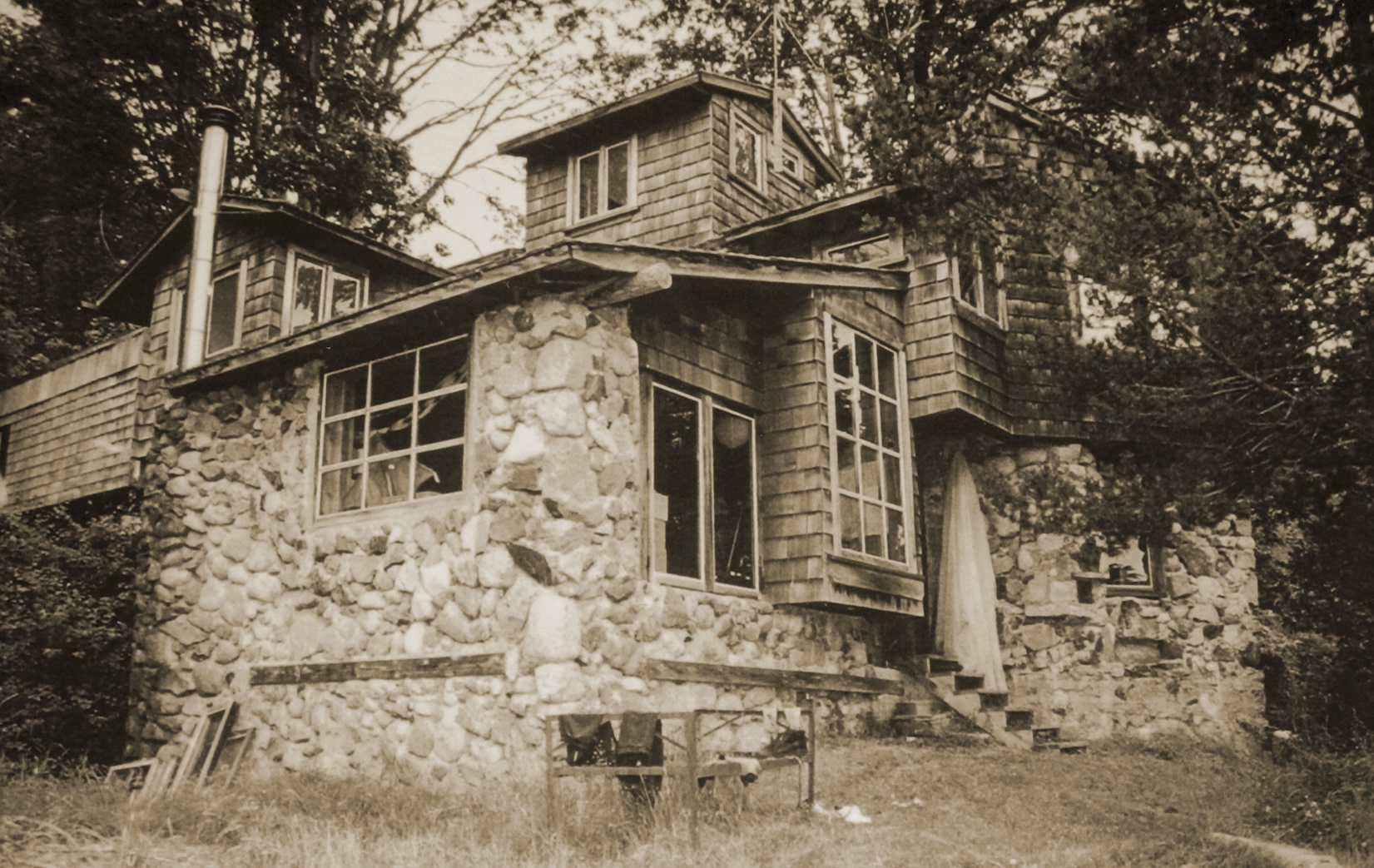 The stone house on Quadra Island in Gowlland Harbour at the north end was envisioned as a tribute to my mother’s hopes for a clan presence on her property after she died. Clan status was not likely. Her clan building could not survive the different motives of family members and the scattering of those inheriting the property. What I describe are the technical practicalities used to make the stone house what it is, a sculptured feature on the land. That took 8 years to complete. Not until a few years after it was finished, did I realize that there were no internal load-bearing walls. The perimeter of stone walls supports everything that holds the house together. Small stone projections inside from outside the house are as the stone work provides. The bed rock on which the house is built, is shaped to shed water outside the perimeter away from the structure. There are three levels for habitation, one, the highest, is as an observation post from which all views around can be seen. There are only the contours of the stone works against the supporting bed rock scrubbed clean, as the foundation. The kitchen came first. Over it, is a sleeping or storage space. Within, is a bed rock depression in the floor to use as a bathing tank. The tank is covered by a one inch thick fir plywood sheet. The roof and walls, where the stones end, are sheathed by the best grade of cedar shingles on 5/8 inch plywood. There are no lining surfaces, just rock cemented with the concrete mix, three sand and gravel to one cement; rich! The electrical inspector said, “Overkill”. The septic system inspector said, laughing, “The best one on Quadra Island”. I say, a loving labor of eight years before building codes were introduced for unknown reasons. My son, Ernie, as he carefully carved a shingle to fit against the abutting stone asked, “How long will it last Dad?” I picked “Two hundred and fifty years” out of my mind, knowing that the foundation will last for hundreds of years, foundations allowing other treatments to be used. If I were doing it again, I would use a roof that was dome shaped, like a half walnut.