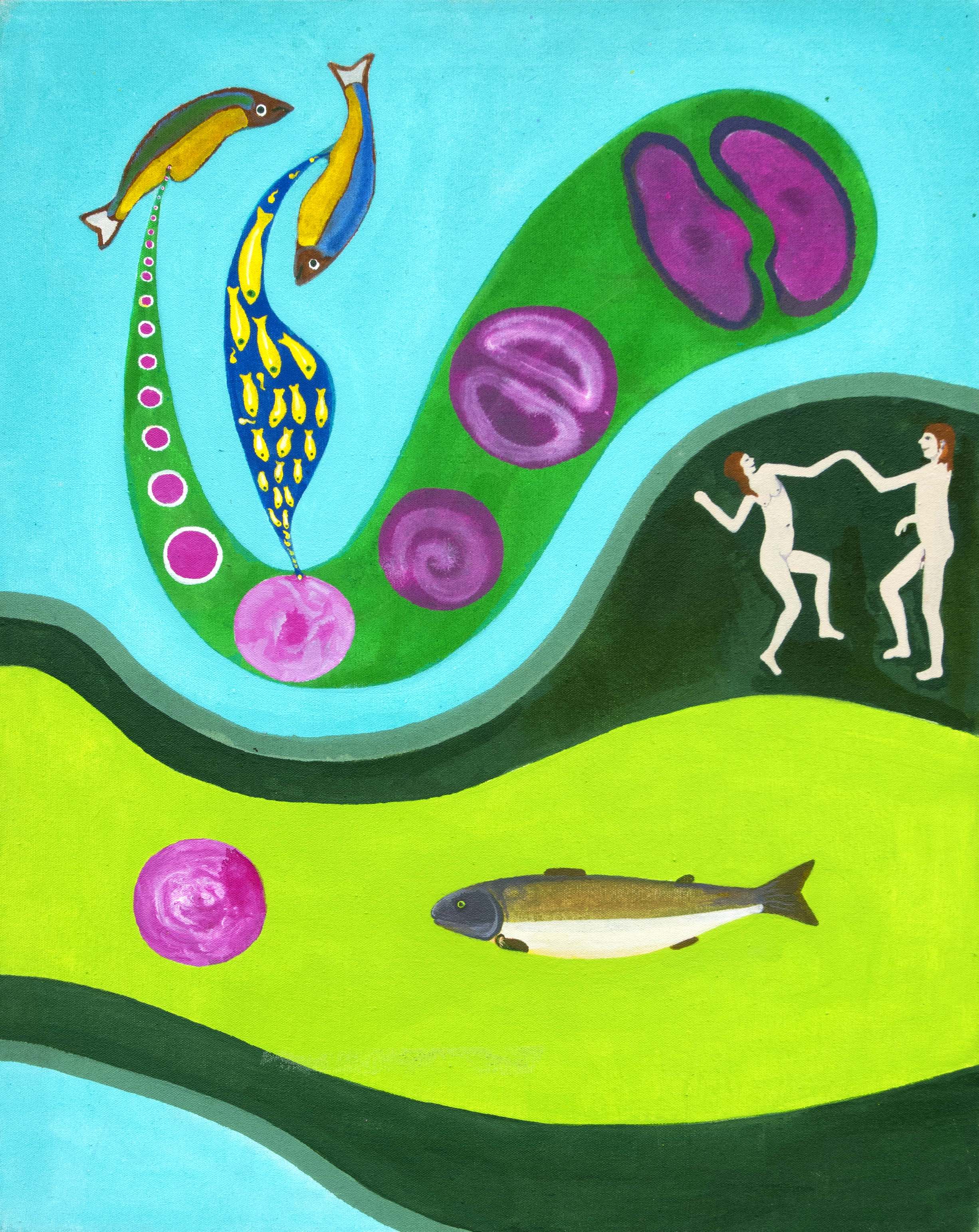 Imagine Earth so damaged that humans are extinct. Their regenerated life form could not be expected to duplicate any previous forms. Would the forces of life, shown as spawning salmon, be able to kick start the world back to a new species of humans? In the painting, at the edge of the cone enclosure, the fertilized egg splits to bear the dancing woman and man.

The long course of development of humans could be generated around different scenarios starting with a fish in the river representing sperm fertilizing an egg. I have picked the Mediterranean Sea, blue, the Nile River, pale green and shorelines of Hooker Green to define the location.

My mother told me that I was conceived on her honeymoon in the shadow of the great pyramid of Giza. Such is the stuff of dreams and hopes.