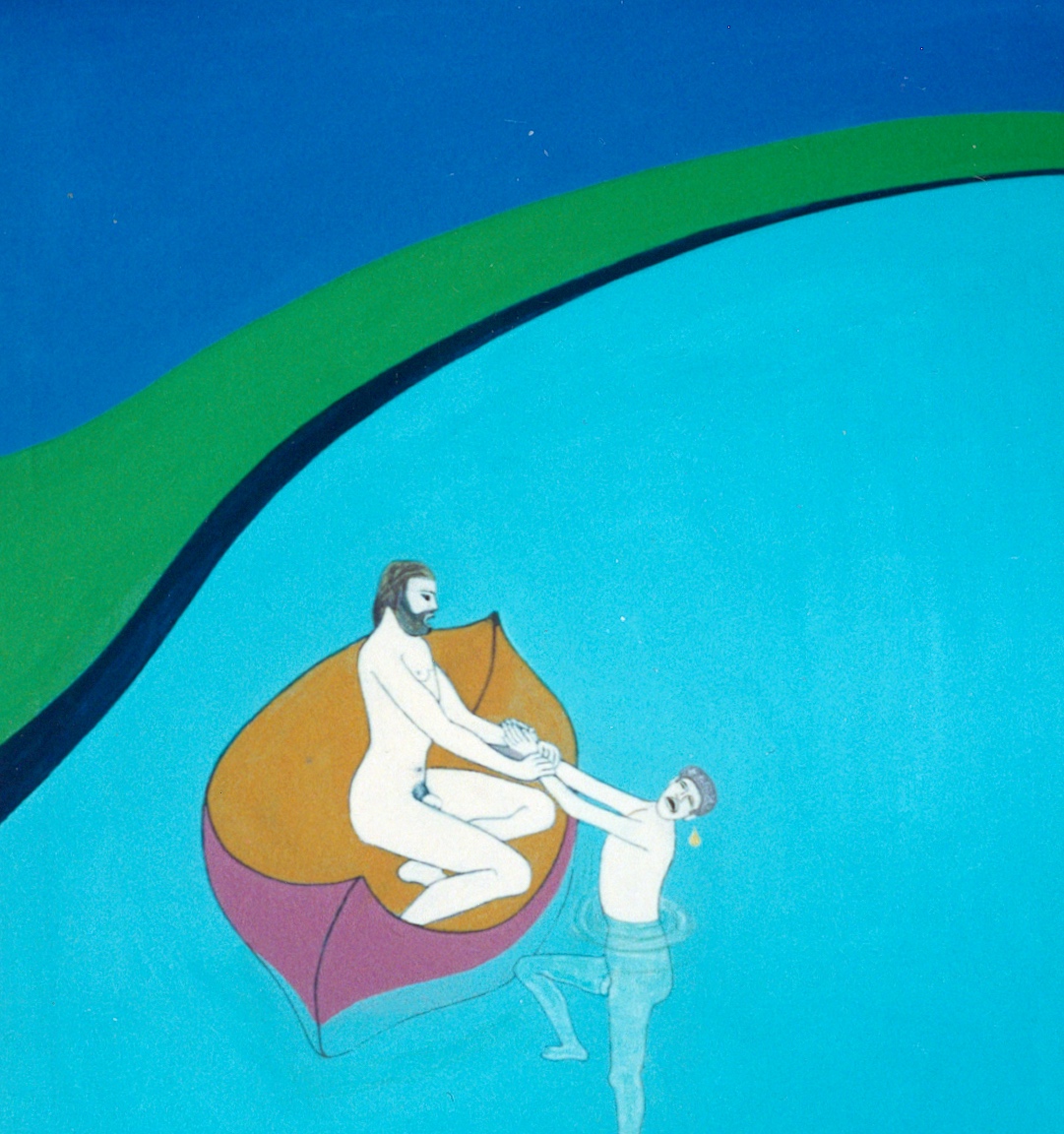 Sizzles attempting suicide (from Between Six Boards and the Mountain). The intention could be faked. He has made the rope too long to drown him; likely a cry for help and attention. The picture is notable because of the flatness of the land, carried over to the riverbank green verge and the black band of separation between land and river. This contrasts with the three dimensional effect of the water scene. Background colors of the people and the water make the objects of the study clear. Sizzles has failed to make good his intentions, and Zoe, so much bigger and stronger, will settle the matter and set Sizzles free. Effective, are the bracing effects of the knees inside the boat and the counter force of a knee braced against the outside of the boat. The sentiments of the situation remain unclear. That is also part of the meaning of the painting. We might find a solution in other situations.