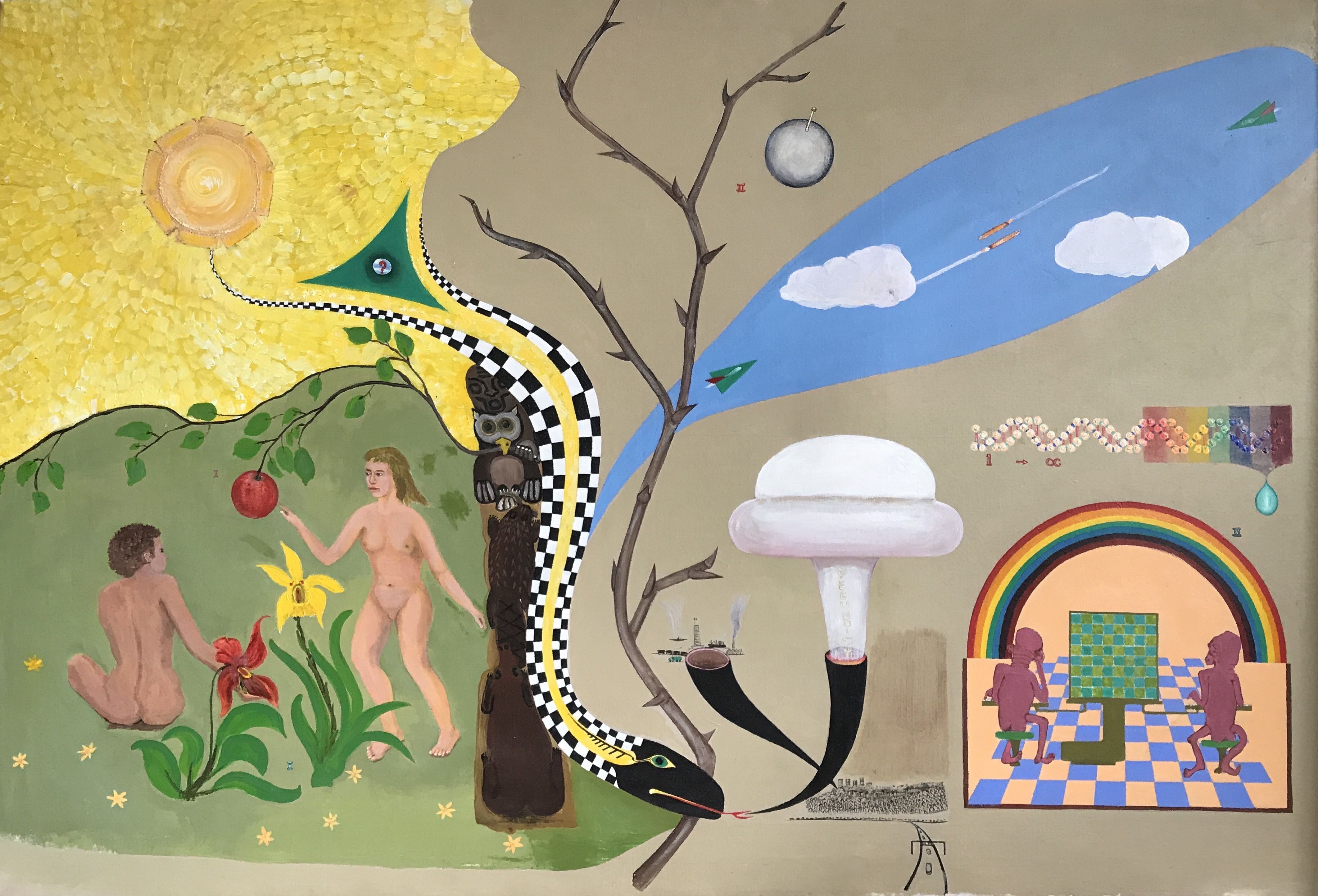 In the left lower corner, Adam sits. Eve stands. She dominates. The snake, Lucifer, hedges them into what we could call the First Eden. A totem pole infers that they could be First Nations people. The apple tree is ready. The split in the tail of Lucifer, the snake, confirms his previous status as an Angel, now fallen. The Sun is the source of his power in the mythical system as I see it. A thorny bush sets up a separation, telling why there might be a replacement Eden. At the bottom, near the head end of Lucifer, is a horn of plenty connected to a vibrant center of productivity spewing out much that can be considered to be junk. The end of Eden One is possible in the atomic bomb coming from a shattering prospect of a fateful war stemming from political mistakes related to a rigid, unworkable power system. In the blue patch are clouds separating two conflicting beliefs shown in two aircraft made in the same factory. Their mission is to destroy each other and what each side stands for; hardly distinguishable as different except by heraldic symbols. The prospect of a replacement Eden shows in the double helix of the life system. Bottom right, there are two monkey people working on computers under the protection of the rainbow designated to be a promise for First Eden’s survival. At the very bottom is a road approaching toward you, the observer. That a replacement Eden is possible is no assurance that it would be of our own format or to our liking. That depends on us.