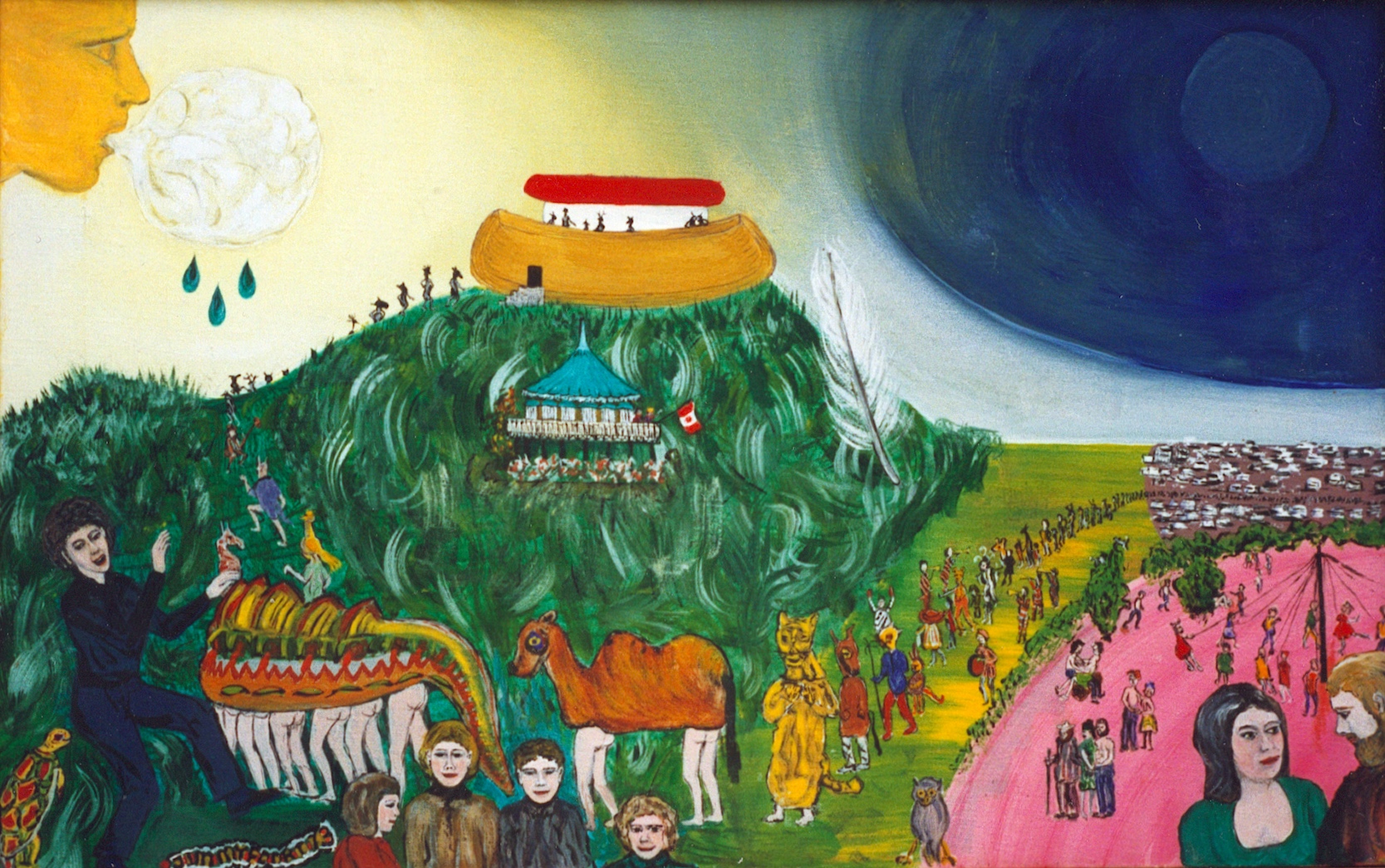 The organizing function calls for drowning the world in a deluge that would compel designers to start on a better plan; the existing cadre of people to be sacrificed clearing up the failure of the original plan. In the painting, done early in my painting career, many family members figure in it — a son, daughter, husband of the daughter, grand children from the daughter, and naked people under cloaks acting out populating the arc Noah built to save selected others agreed on by planners. A stream of people move up the hill to the arc while skeptics in the lowlands (vulnerable to drowning) watch the scene unsympathetically. The building below the arc has the Canadian flag flying. That defines the skepticism of those not participating. Three raindrops herald the intention of the planning group setting up the conditions, modified for Noah who does what he is told to do. He belongs to an animal rights group that will save a designated cadre of animals. The dark cloud forming, indicates that fate is set.